“After an online search, we came into contact with Jan and Kokkie from Enschede, the Netherlands. The introductory talks went really well. Everyone thought it was a good idea, and nothing seemed impossible. After several months, a pile of technical drawings and a lot of experimentation, a rotating radio studio for Q-music was presented in Antwerp, Belgium. The entire Flemish press was impressed, and there were reports about the wheel in just about every newspaper and magazine in Flanders.”

“It looked great. What was even more amazing was that the two DJs felt really comfortable, just like the thousands of listeners who also turned up for a free ride on the wheel.”

“And as well as being a major technical challenge, communication in particular was brilliant. Everyone felt positive about things and we were able to communicate openly with each other. No problem was too big. That’s something you don’t come across a lot. It really was a very positive partnership.”

“We’re very grateful to you.” 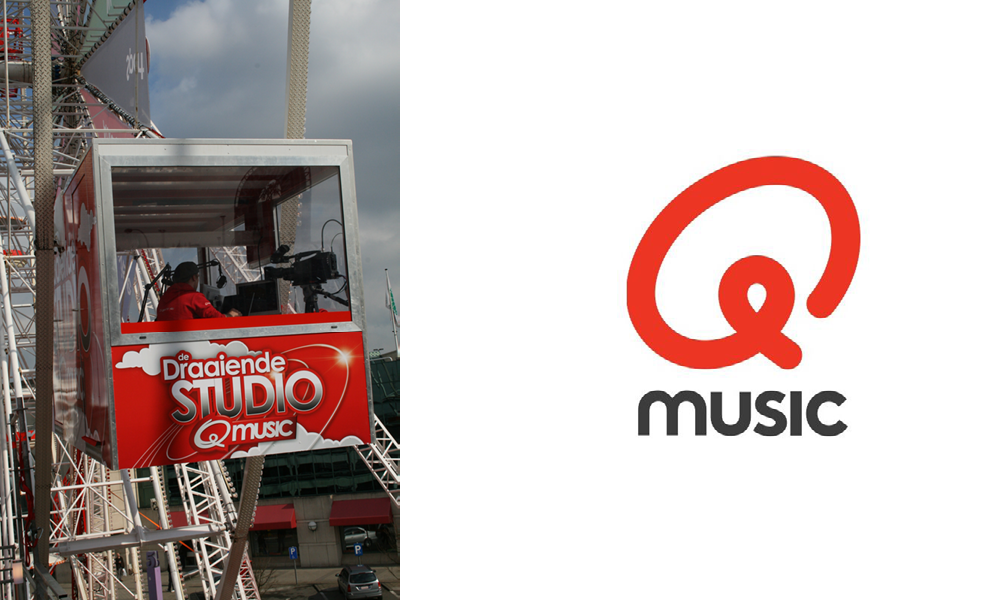